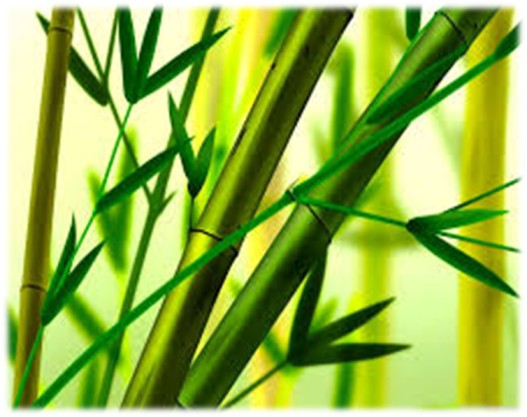 Bamboo is one of the commercially cultivated crops in India and it is also considered as ‘a poor man’s timber’. India is the second largest producer of Bamboo in the world after China. The yearly bamboo production in the country is estimated at around 3.23 million tons. In Asia, bamboo is the most integrated part of the culture and is used as a substitute to woods. Although there are around 136 species of bamboo that exist in the country, still only some of them are commercially feasible.

Today, over one billion people in the world live in houses made of bamboo. It is being used in road reinforcements in India and it is also used in bridges built in China. It is mainly used as construction material, furniture, pulp and plywood. India is very fortunate to be blessed with good bamboo resources. Roots and leaves have also been used to treat venereal diseases and cancer. Moreover, the bamboo shoots are consumed as food and are considered good source of nutrition. The northeastern states are the major bamboo producing states in the country. It is also used to make necklaces, bracelets, earrings, and other types of jewellery.

Bamboos can be grown well in very shallow soils if adequate fertility and moisture are main-tained. The soil you use should both drain well and retain moisture. The bamboo plantation grows well in hot to warm temperate climatic conditions. But it must be remembered that it doesn’t require temperature below 15 degree Celsius in the summers. Since the bamboo has thin roots as well as ample growth, you must make provisions to protect it from strong winds. Also, areas that receive cold winds are just not apt for bamboo cultivation as the winds kills the tips of bamboo leaves.

Bamboos can be grown and cultivated on a wide variety of soils except for rock-strewn soils. Bamboo plantation also requires well drained sandy soil to clay soil that should have a ph range of 4.5 to 6.0. If we talk about India, then the Barack Valley region is best suited for bamboo cultivation due to best soil and perfect climate conditions.

Normally, the bamboos are propagated through the culms cuttings or rhizomes. But they can also be propagated through the seeds, which are very rarely available. Bamboo seedlings are basically raised on nursery beds and for a year or so they are allowed to grow on poly pots. Lat-er the seedling is transferred into the main field. In the rhizome planting method, a little care is needed. Here, culms of 1 year along with roots should be dug and cut into 1 meter size and be planted in the rainy season.

Usually bamboo planting is done in the rainy season. The pits size of 60X60 must be digged and nursery-raised seedlings should be planted at a space of 5X4 meter. The number of bamboo plants that can be placed in 1 acre land is about 200.The gestation period in bamboo planting is 5 years. Hence the inter space can be used during first 3 years for earning some extra income by growing inter crops such as ginger, chillies or turmeric.

For high quality and best yield, fertilizers are used. Manure and fertilization are important when the seedling is transplanted in the main field. As the bamboo plants are heavy feeders, even the richest soil will get washed-out after few years, if fertilizers are not applied on them. But it is always suggested to apply fertilizer after harvesting and previous to irrigating the plants. Potassium and Nitrogen are vital components of the fertilizer due to which the bamboo trees respond and grow well. Also you must apply green manures, organic compost, wood ash and chemical fertigation.
Leaf biting and sucking insects are common in young bamboo plants. Hence appropriate pesti-cides should be applied to control these pests.

Irrigation must be done regularly while the bamboos are grown on nursery beds. Immediate water should be provided at the time of transplanting seedlings from nursery to main field. It must be noted that bamboo trees are sensitive to water logging hence you must drain out the soil especially during heavy rainfall or flooding. You can also adopt drip irrigation system for better utilization of water.

The harvesting can be started from the fifth year onwards. On the other hand, in case of com-mercial farming, harvesting must be done from the sixth year. In the first harvest – sixth year, 6 culms can be harvested followed by 7 culms in the seventh year and so on.

The unit cost for one acre of bamboo plantation is around Rs 9400 spread over a period of five years. And as we mentioned above, harvesting starts from the sixth year onwards. The yield and income from bamboo plantation, increases each year starting from the sixth year. Hence we can say that Bamboo is a cash crop having low gestation period, faster growth and gives economic recurring returns, generation after generation.